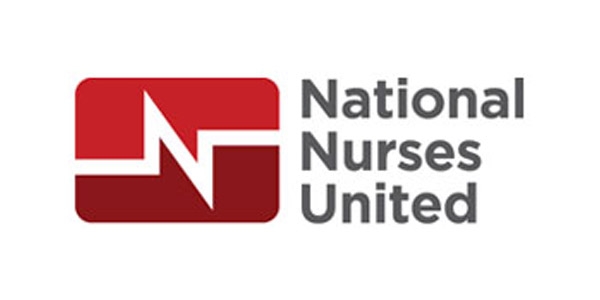 Sarah Maple is the Lead Web Designer at National Nurses United (NNU) and has been at the organization for four years. Her training bridges art and web technology in order to better serve clients with both their technological needs as well as their artistic ones. She provides support with Drupal logistics and project management for the NNU website, which is a full website conversion to Drupal 8.

How would you describe your technical capabilities?

My technical prowess is limited, but I'm probably better than most people at operating computers. I dabble with Python and crunch some statistics in R when I have some free time on the weekends. I can fix the odd microwave or toaster too. I am not a developer by any stretch of the imagination though; I mostly tinker. Sometimes I make something quasi-brilliant, and then it breaks, but it least it was brilliant for a moment. Now that I've taken on the mantle of the web lead within the organization, I find myself doing more development, project management, and content administration these days.

Our previous site used ExpressionEngine. The site was quite limited in terms of functionality, and its performance began to suffer over the years. The ExpressionEngine install was managed by the host, as part of a package they offered at the beginning of our relationship. Eventually we outgrew the capabilities of the web host after several years, and the site was no longer receiving updates to its various plugins and modules. As the site continued to age, the host mentioned that it was going to be put out to pasture and the CMS would no longer receive security updates either. That signaled to us that it was time to transition to a new platform.

Was the Drupal ship the first one that happened to sail by, or did you look into other options?

I had worked with Drupal before when I worked in marketing, so I had some experience there, albeit older experience. This was around the time of Drupal 4 and 5. While researching the latest version of Drupal, I thought it had maintained itself quite well, and even worked hard to improve its appeal to the WordPress crowd in terms of ease of install and administration. Drupal certainly stepped up and was working to cater to the needs of its users. It looked like a solid and well-maintained product. WordPress was another option for us, but we didn't know if it would be able to support the feature sets that we had in mind as well as handle all our content needs. I admit I am less familiar with WordPress, but back on Drupal 4 and 5, I remember feeling like the sky was the limit for Drupal. It could be used for a lot of different things and, even though you yourself may not be able to do something, there was help out there and people you could bring on board to help make your dreams come true.

Ultimately, I was not convinced WordPress could do that for us, and I couldn't find much in the way of knowing how I could optimize WordPress for our needs. We have a lot of content and a lot of files to manage, so I wanted to be sure that our CMS could handle all of that, and still have the flexibility to “tinker under the hood,” like doing deep dives into the templates, and not have the whole thing break down.

What features of Drupal were you looking forward to using the most?

I was particularly keen on using Views again. We are a text heavy organization. We like to do a lot of writing, and we tend to segment our content into very discrete buckets, like by Campaign or by topic. We thought we could certainly leverage the power of Views to dynamically push around more our content and reformat it in ways that would be more meaningful and useful to our user base. Similarly, we wanted to extend and reuse various elements, like with Blocks. We wanted to be able to create a call-to-action, and then push it out to multiple pages at once, helping to create a sense of unity across this rather ranging site.

With the previous site, each page had its own custom markup and we couldn't customize many of the page elements. We were looking forward to leveraging reusable elements to create a cohesive network of nurse resources and campaigns under the umbrella of the NNU site.

Besides WordPress and Drupal, did you look into any other content management systems?

We did take a peek at a few others, just to see what their capabilities were. I reviewed some forums to see what people were doing with Joomla! We also looked at the newest version of ExpressionEngine to see where it was at, but we were not suitably impressed, and it wasn't open source. Drupal and WordPress were the only two under serious consideration. We wanted to utilize something that was enterprise-level, and something we could grow into. We wanted something extensible and open source. There are a lot of content management systems out there, but not many with both a large user base and a large community to help answer your questions, like with Drupal.

What are your personal thoughts or philosophies on open source?

I believe in the “free as in speech, not as in beer” attitude toward software. Whatever gets created should be shared back. I balk at organizations and groups that fork open source projects, then fail to share their developments with the rest of the community. I also believe open source projects need resources, and I endeavor to support them in whatever way they need assistance, whether it be monetarily, or supporting those that continue to lead and build the project up.

Practically speaking, if it's free and open source, you can find people who work on it and develop it. Well-managed open source projects tend to attract a dedicated and talented community of developers and supporters, and I can support the project by hiring from that community. Part of Drupal's appeal is that, while it can be kind of a daunting CMS to learn, it's pretty easy to know if someone knows how to use it -- if they’re from the Drupal community. And I feel it’s a lot easier to identify trusted advisors and developers in Drupal than maybe those who work in WordPress.

Day to day, what is your role in working with your Drupal site?

Now that all our content has been migrated into a brand new CMS, it’s time to revisit many of the major sections of our site with an eye for redesign, remaking pages to match the upgraded styles. Also streamlining content, to make use of Views, Blocks, Paragraphs, and other features of Drupal that will have the site running more efficiently.

There have been some growing pains with just wrapping our heads around the vocabulary. We’re still getting used to the Drupal nomenclature. We’ve also been using this as an opportunity to revise and update our workflow. Our old site was very outdated. It didn’t have version control or a secure workflow because it didn't require it and, in many cases, it wasn’t capable of it. We’re catching up though, and that process is a little painful, but very educational. We’ve been trying to follow best practices for development and security, so learning Git, using version control, securing PHP files are all internal processes that we’re working towards. Sometimes, it’s hard to distinguish between whether the difficulty is from the Drupal learning curve or from just catching up with technology in general, but acclimating to the new site has forced some very positive changes for us.

What have been some of the other positive points of using Drupal 8?

Drupal 8 has been very fast, out of the box. It’s faster than the Drupal I remember. The backend authoring features for making content seem more efficient than previous Drupal iterations. Reconfiguring and moving content around is an easier process too. We’ve been using Paragraphs on our site, and it has been a boon for us. The flexibility in being able to add accordions, tab systems, columns, and whatever else might be needed - in a modular framework - has allowed us to create a lot of new layouts and change up how we display our content within those layouts. No one is having to hand code any custom layouts inside the content itself anymore. It's definitely added to our design toolbox, and changed how we serve content while helping us stick within the bounds of our style guide.

What are some of the things Drupal 8 could maybe improve?

The biggest pain points have been making updates to core and contributed modules. The Composer workflow isn't always clear for a novice to understand. In Drupal 7, it was fairly straightforward, but Composer in Drupal 8 can be tricky. Making a security update should be one of the easier things to do, but it’s not always as equally accessible and doable as Drupal 7. File management could also be a little easier. Managing files that are orphaned or outdated is not always intuitive.

For people new to Drupal 8 or Drupal entirely, what kind of advice would you have for them?

To those interested in Drupal: It's important to learn as much as you can. Vet the developers you work with, the people you hire, and the advice that you receive. You need to be capable of assessing the quality of what’s being provided. Drupal can do everything, but that means there are no less than 12 different ways to do the thing that you want, and if you're not careful in how you ask, it can be like dealing with a genie; it's going to be exactly what you want, but come with some caveats. It is not an install-and-forget-it kind of system. It's like a puppy; you have to train it if you want it to behave well and fetch the newspaper. I would encourage people going down this path to keep learning so you can do as much of the work yourself. Where you can’t do the work, you’ll at least have the general concepts, language, and knowledge of your system to help others help you.

Basically, stick with it. It's a powerful content management system that will not let you down if you maintain it. Drupal has the capacity to grow with you and your organization’s needs. Look at it as an investment, and invest in yourself for the long haul.

Thanks, Sarah, for your insight!

For those interested in learning more about NNU's migration from ExpressionEngine to Drupal 8, check out the Hook 42 NNU Drupal 8 case study on Drupal.org.