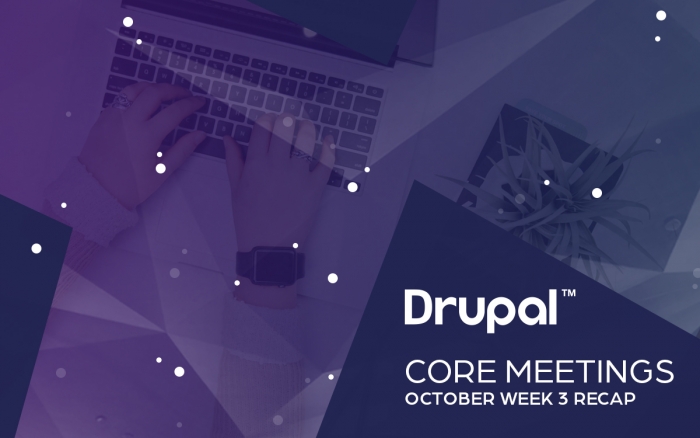 As our team is expanding, and many people are contributing to the Drupal community, we've been attending a variety of Drupal Core meetings. After each meeting we put together an overview or recap of key talking points from each discussion. This article breaks down highlights from meetings this past week.

During this week's meeting, the following items were discussed:

Out of the Box Initiative Meeting

The following issues were reviewed at this week’s meeting:

The Migrate maintainers were pretty happy that we will be able to remove some long-deprecated APIs now that Drupal 9 is really here (in the sense that the branch has been opened).

There are currently no blockers for UX / Admin UI.

Only Stable blocker left is Move some representational classes in Media Library to Classy and others to Seven and/or Claro, as appropriate.

Next steps:
Continue working on the config env module and its plan.