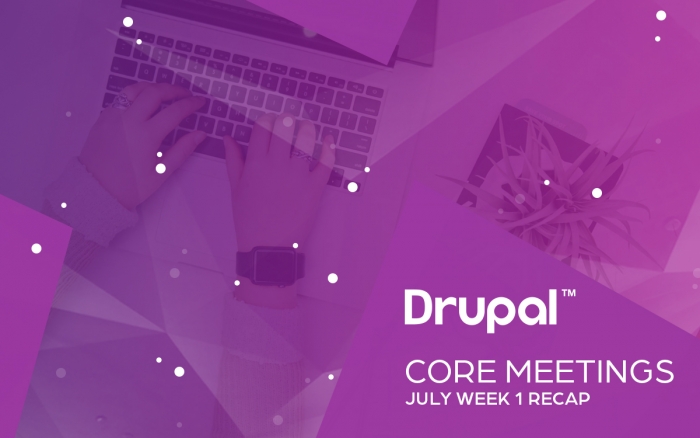 Our lead community developer, Alona Oneill, breaks down highlights from Drupal Core Initiative Meetings this past week. You'll find that the meetings, while also providing updates of completed tasks, are also conversations looking for community member involvement. There are many moving pieces as things are getting ramped up for Drupal 9, so if you see something you think you can provide insights on, we encourage you to get involved.

At this meeting we spoke with the developers at Blackfire.

Issues to work on this week:

Meetings are for core and contributed project developers as well as people who have integrations and services related to core.

Documentation to Work On