A First-Time, Non-Developer, Take on DrupalCon 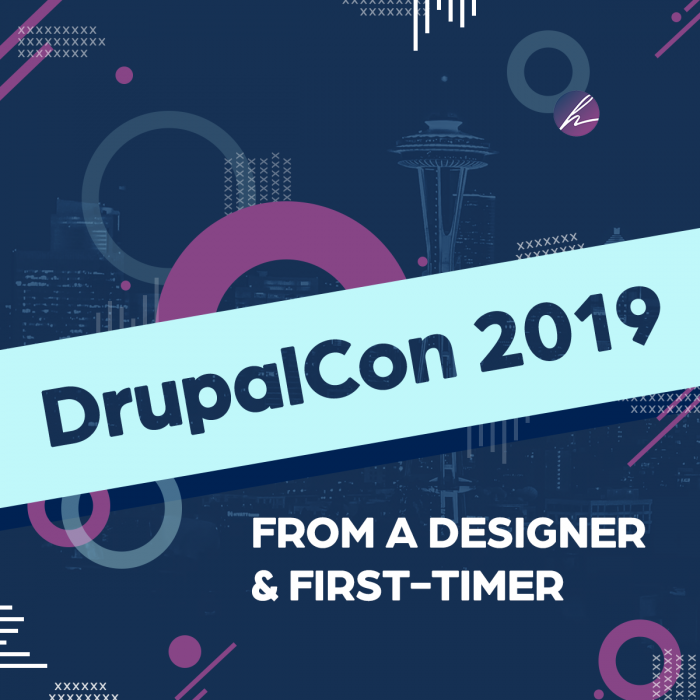 TL;DR: Drupal is for everyone, and you’re definitely going to learn something unexpected.

I’m a mere 4 weeks into being involved in the Drupal community. I know it’s crazy to some of you, but that’s just the way my career path has taken me. My whole journey I’ve been working within a variety of content management platforms, but never have I experienced one quite like Drupal. Is this good, or is this terrifying, is still to be determined. 😜

Now, the first time I heard the word Drupal was probably 5 years ago when a client requested to use it from a shop that relied heavily on WordPress integrations. That development team was in unfamiliar territory and had to adjust quickly. Watching them learn “how to Drupal” was rewarding. Not that I had any involvement in it, but hearing the collaborations that went on was really something special.

Fast-forward to 2019, and I’m part of an amazing company that continues to endorse the Drupal community, praise it, and push for its greatness while influencing its continuous evolution and successes.

I wasn’t sure what to expect attending my first DrupalCon. I knew that everyone else on my team had already had this experience, they know members of the community well, and they are accustomed to the operational side of things. I, however, was not so fortunate. There is a first for everything, right? And all I have to say to that is, I’m deeply saddened that it took this long for me to attend a Drupal event.

Part of the reason behind the timing, is I believe there is some false notion that designers don’t belong at a “development focused” conference. And I’ll speak to this a little bit later. Another part of it is I simply haven’t worked with companies that place so much importance on further learning. Yes this is a shameless plug about how much I enjoy Hook 42's continued growth efforts. With those obstacles aside, I was able to have an experience I’ve gotten to watch countless others enjoy. What an eye-opening week for me. 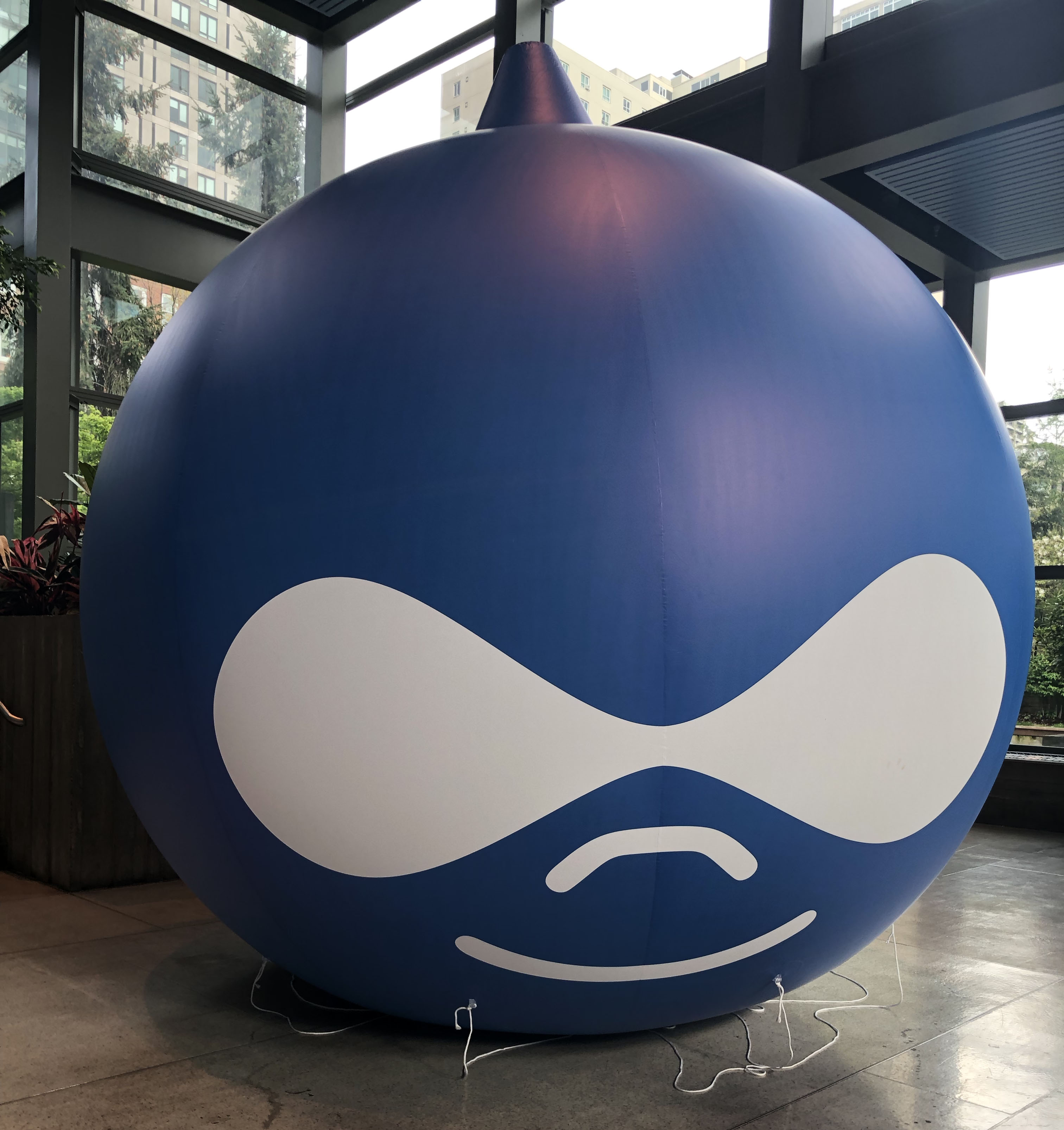 So let’s get right into it then. It started off with an all-day summit focused on the importance of accessibility. Diving deep into its importance, not just within the Drupal community, but the web as a whole. There were amazing speakers, many of whom have some form of disability that came forward to share their experiences. They also clarified a lot of misconceptions about the importance of accessibility and how people utilize accessible tools. The talks focused on the different types of disabilities, how none of them are the same, even when labeled the same, and how accessibility needs to be everywhere.

We got a little technical, we got a little creative, but most importantly we were human. After all, accessibility is fueled by inclusivity in all aspects of life.

The biggest takeaway I have, coming from a background in accessibility on the web, was a more outside of the box approach to inclusion in the design part of projects. We had a break-out session that highlighted something I had never thought twice about before. How do you test wireframes with people who cannot see them?

WOAH RIGHT? What I thought I was going to receive, was some overly complex, and technical, approach to getting this data to the tester. What I found out though, was all it takes is a simple conversation to figure out the pain points.

If you think of your wireframe as being read by a screen reader, and you ask someone who typically uses one to respond in a fashion that was screen reader-like, you can navigate a wireframe.

Pretty cool right? Now I know there is way more detail that goes into it and I’m just touching on it at a high-level, but the concept of sharing visual things with non-visual people, and the basic forms of communication we can use to accomplish tasks, really resonated with me.

Special thanks to Everett Zufelt of MyPlanet for leading this insightful conversation and showing us the importance of including everyone from the very beginning. 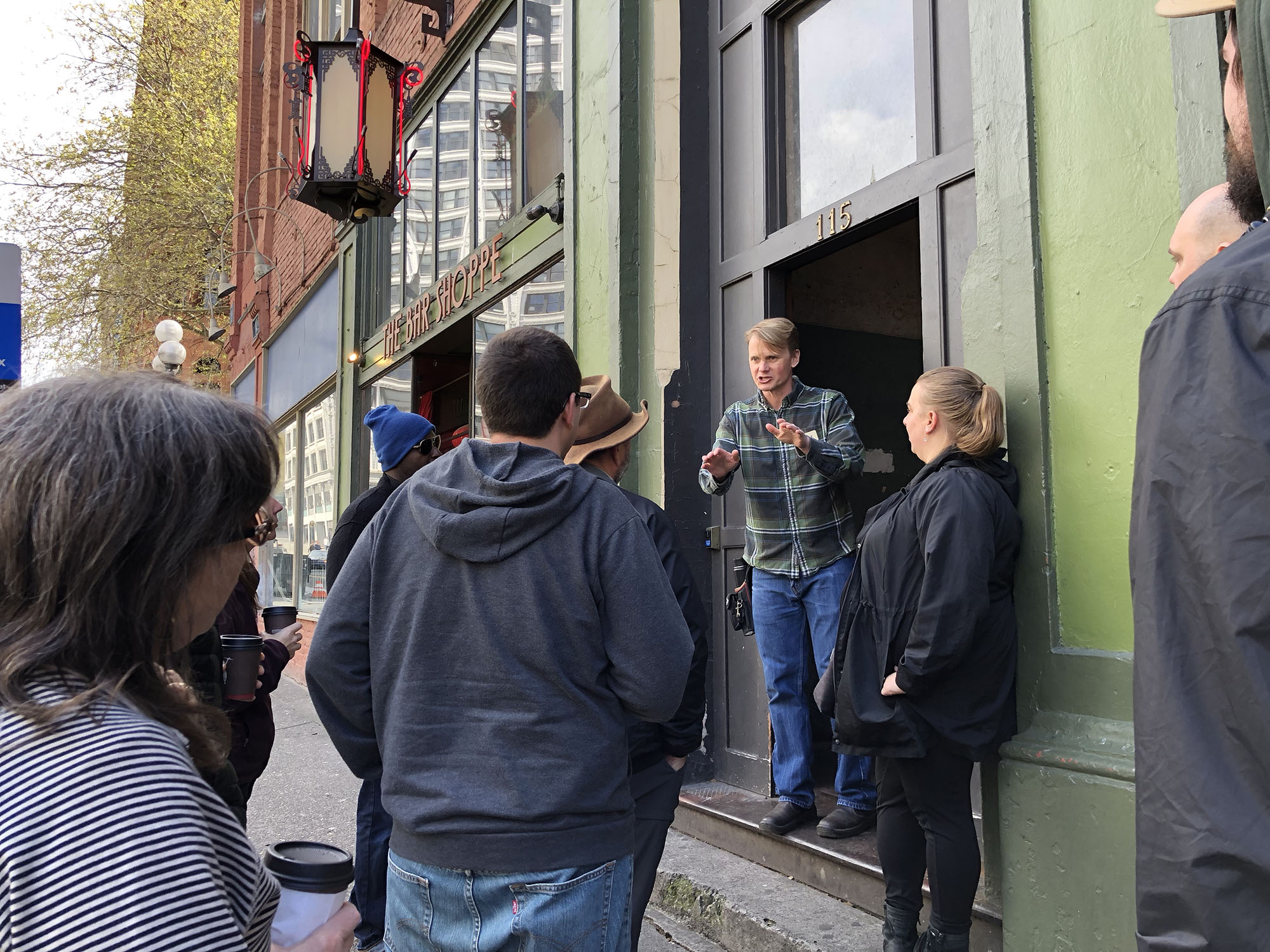 On Tuesday we took the time to do a bit of team bonding, taking an early break from summits and sprints to enjoy each other’s company and refresh our brains. Not only was this the first Drupal event for me, but this was also the first time I got to meet my colleagues in person. This made me feel an overwhelming sense of inclusion and even more comfortable interacting with my team members.

The ability to invest an entire day communicating “offline” with team members was beneficial in many ways. For starters, taking a break from the daily grind provided a lot of us a much needed decompression from the computer screen. Not only that, but we were able to connect over experiences other than work, which made our collaboration as a team even stronger. 10/10 will do it again!

Wednesday is when it got really crazy … like DrupalCon crazy! I had tons of sessions I wanted to attend. There was a lot of listening to my fellow colleagues who were giving talks, and most importantly, checking out the swag-a-thon that was the exhibit hall. I made it my mission, with the help of Adam Bergstein, to find all the notebooks and bring them home. Also, don't be alarmed, I made sure I got my Pantheon t-shirt.

The Hook 42 team was talking about a variety of topics, and I got the opportunity to hear almost all of them. It was a pleasure sitting in, snapping pics, and understanding the roots of our team and their areas of expertise.

My favorite session on day one was not what I expected. I attended a session about Drupal Community, and what I found was that there are a variety of different people with different backgrounds coming together to work within Drupal. That isn’t what surprised me though, what they pointed out was the lack of community “onboarding” for up and coming Drupal users.

As I listened to their stories, I realized that being new to Drupal I was encountering some of the same struggles as they were. Maybe not as a developer, but as a person wanting to contribute to the community getting stuck. The concept of community is strong within Drupal, but the attention to detail for bringing new people in could use a boost. I enjoyed hearing about their recommendations, and even formulated a few ideas for myself. 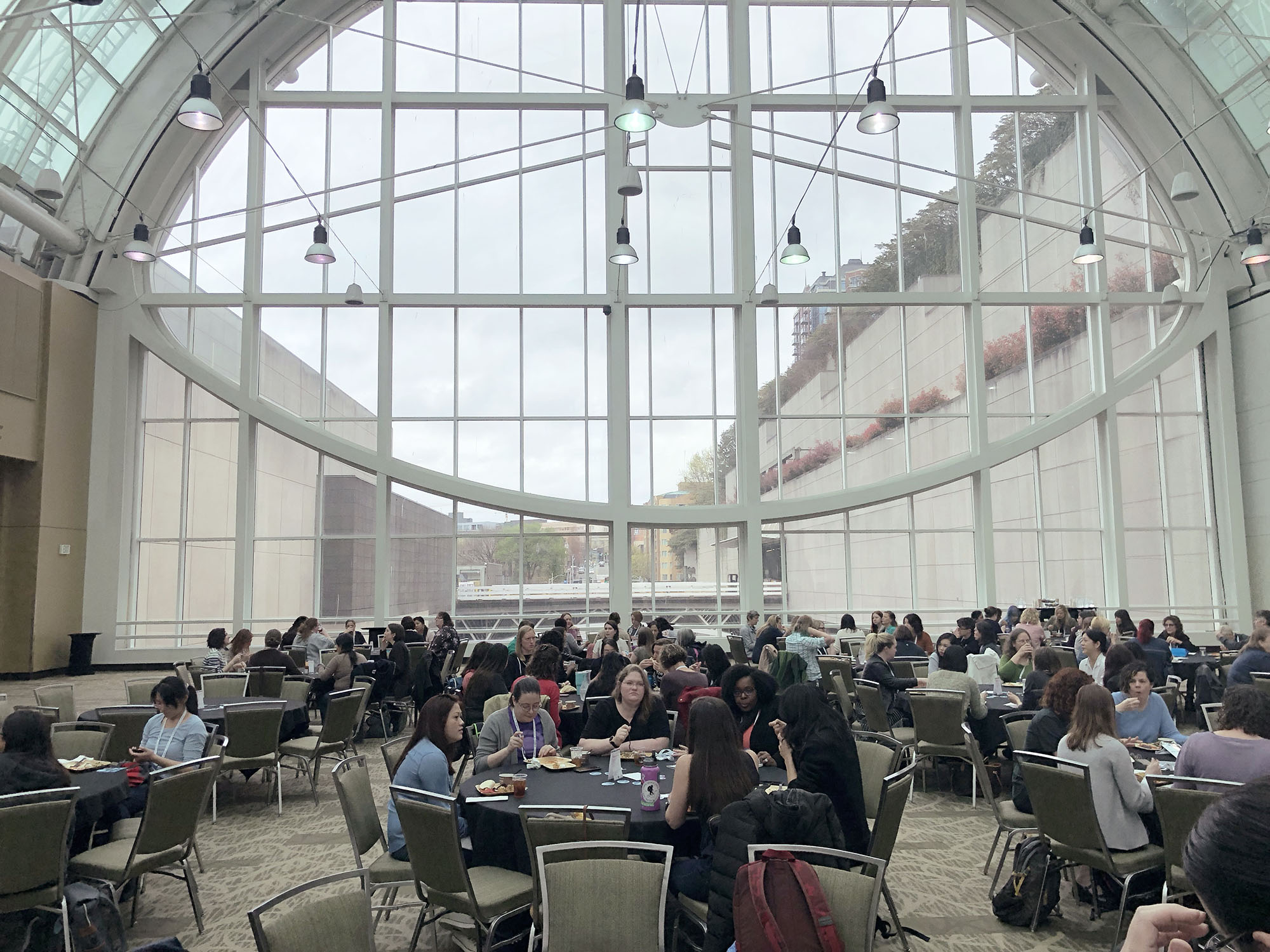 In the middle of it all, I attended a Hook 42 sponsored lunch, Women In Drupal. All ladies of Drupal gathered to discuss curated topics including, what got you started in tech, who your mentors are, places of inspiration and overcoming obstacles. The conversations were plentiful and the food was an added bonus. It was a great opportunity to hear from other ladies how they became involved in our community and how our numbers are continuing to rise.

Day 2 of Sessions: The Best Yet

Thursday was the most imperative day for me, the day that had the most “design-track” “user-experience-track” related items on my checklist. I learned about the incredible things you can do with SVG files, and how that applies to Drupal. I learned about design systems for front-end development. I even learned about how the scientific method correlates into our project process. The one that stuck with me the most, was a talk about machine learning in user experience design.

This one was an amazing combination of UX Designer & Front-End Developer collaboration to give a thorough analysis of how machine learning is used in design, how it’s already being used, and what the limitations of it are. This was my favorite session of the conference by far! The best part about it, was not only both speakers ability to resonate with the audience, but the amazing conversation that followed with questions from the audience. The conversation really showed how adaptive the technology is, and opportunities for the future that many of us have yet to explore.

The amount of data that goes into a simple equation to correlate and predict content is bigger than Mt. Rainier. While that doesn’t sound like the biggest of problems, the team from Elevated Third put it into perspective for me. A site with two users, that had chosen a few items to drive data comparisons, took 4GB of calculations to compute. This is without a doubt the biggest reason why machine learning isn’t everywhere right now. Only those who can afford to store such intense amounts of data would really be able to take full advantage of this technology.

Machine Learning is Still a Robot

What do I mean by this? Of course it's a robot! Just let the level of awe and amazement takes pause for a moment so we can step back and remember that robots are smart, but they're not empathetic. It can be challenging sometimes to incorporate machine learning without an unpredicted series of events causing some sort of disruption. The example of Uber rates increasing during peak times, and one of those peak times was during a massive crisis, is a prime example of how robots cannot use ethics to determine if they are using trends appropriately.

The last notable thing, was directly related to my day-to-day and talking about how machine learning makes the user-experience easier. Not that it dumbs down the way you get served content, it’s actually way more complex than that. It’s more about eliminating choices and using other methods to determine how to “best guess” what users are looking for. “Clutter free interfaces reduce cognitive load,” Lauren Motl said. Machine learning takes the desire to simplify to new heights, by moving a lot of decision making to the back-end and serving users with more tailored content.

I could talk forever about this session, and honestly it was incredibly inspiring for me to finally understand all of this. I wasn’t even mad that I had to sit on the floor to take it all in. It was worth it! 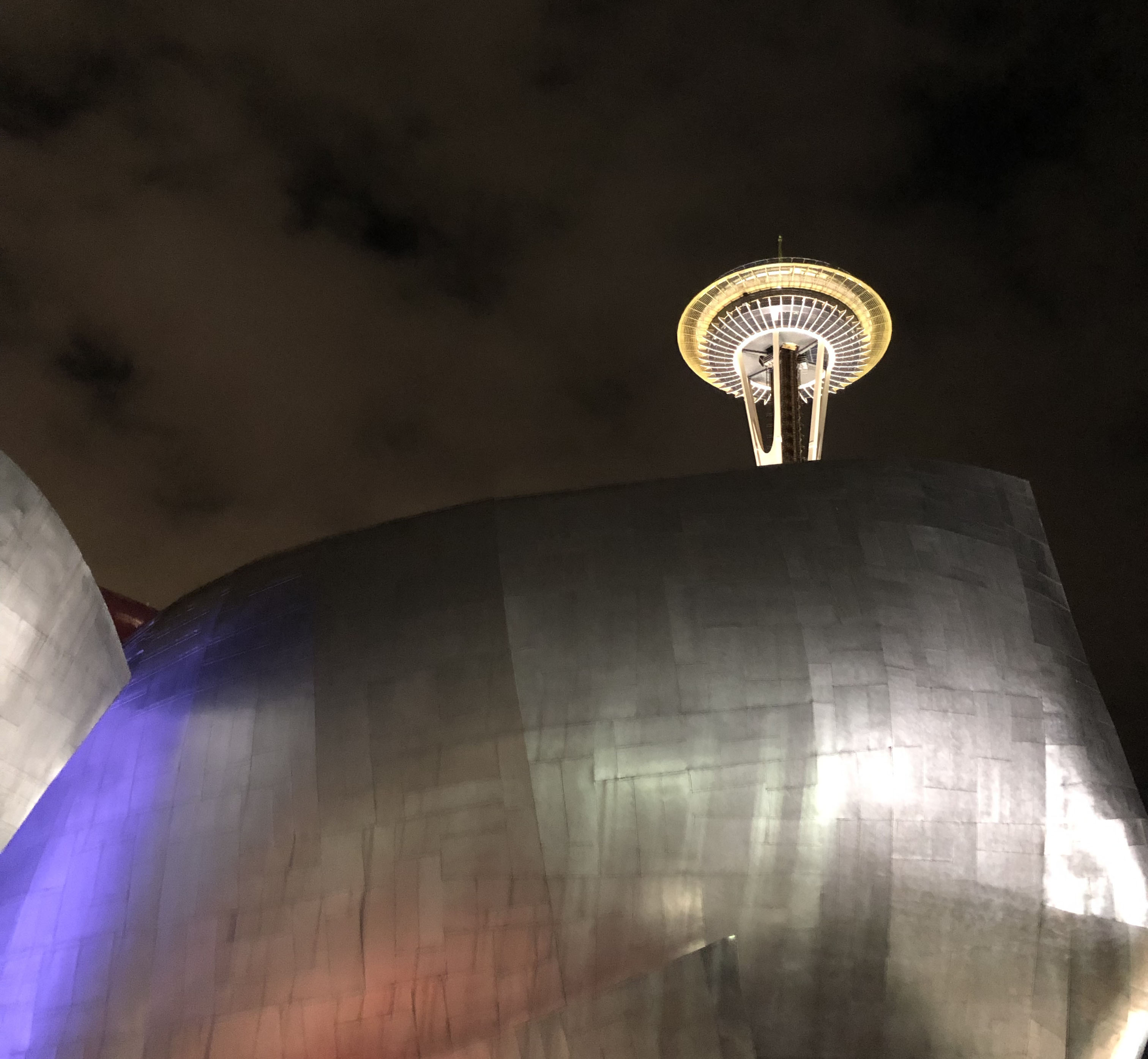 What I learned attending my first DrupalCon is that it isn’t just a development focused conference. While this is a majority developer-led effort, it is often times misinterpreted as a developer only event. I’m glad to be proven wrong by this mindset, and happy to clear it up for those who think otherwise. The community has come together to recognize the influence that other members of these projects have in the process, and understanding how each other uses Drupal is just as important as the developers building within it. Appealing also to project managers, designers, and content authors, the sessions covered a broad range of topics and were more relatable to a wider audience.

The second takeaway is that Drupal isn’t just a conference about Drupal. Hold your hats folks, I know this doesn’t sound like what I meant to say. It is, however, the truth. There is a lot of learning about many things beyond what goes on within Drupal. Learning about working-relationships, design processes, research processes, and overall explorations of tools that people use that integrate with Drupal, but are dynamic enough to not be sole Drupal tools. As a designer, it was refreshing to see all of the available options that were tailored to people other than developers that still support the community.

Stemming off of that, the most important thing that I learned about DrupalCon, is that Drupal is family. There are no outsiders within the Drupal community. From first-timers to inceptionists, and everyone in between, the event is full of supportive and knowledge dropping individuals that come from all parts of the world. Now that I’ve got my first Drupal event under my belt, I’m excited to become more involved and to grow within such a great community of people.